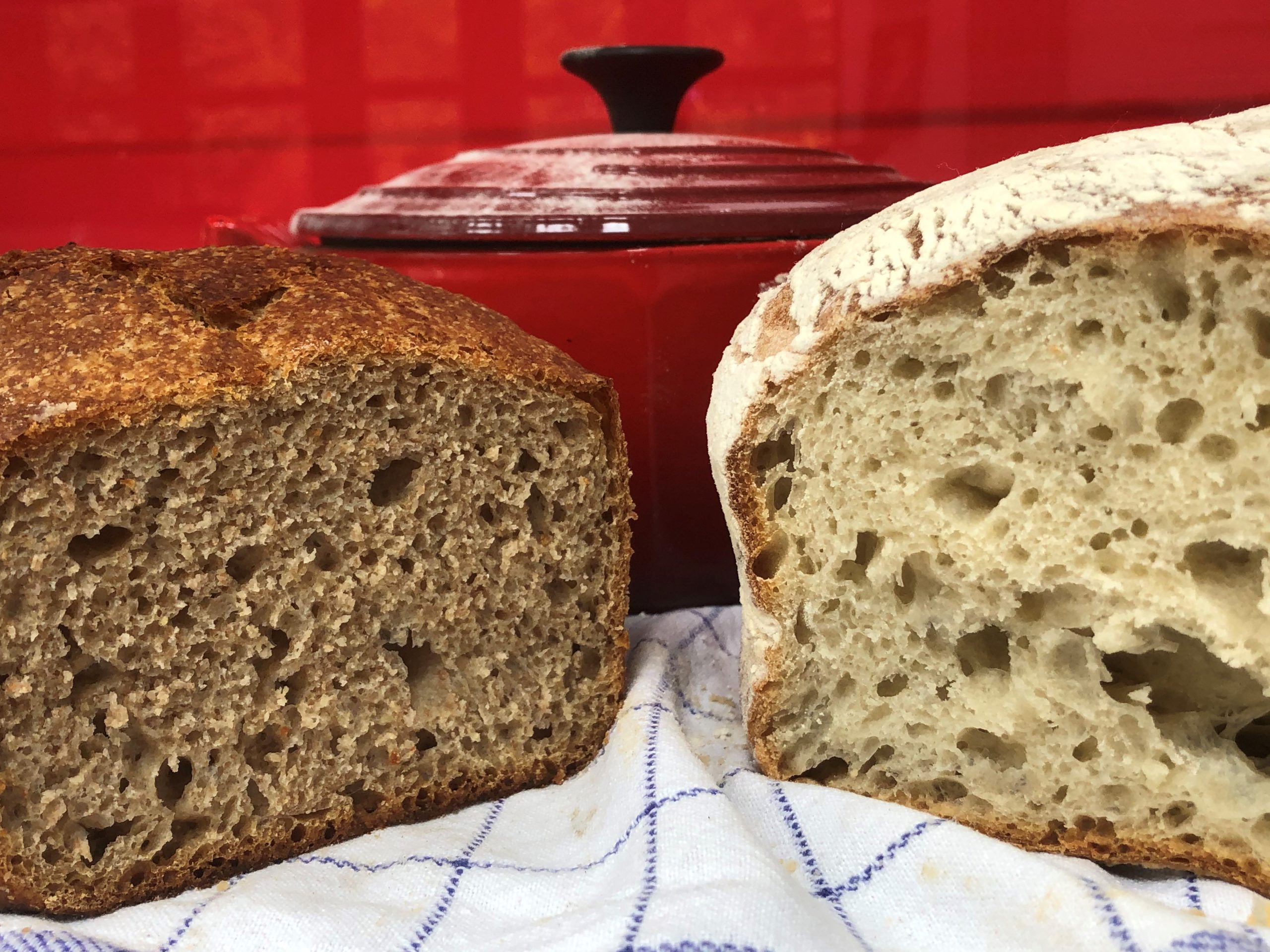 1 gram yeast (tip of a teaspoon)

You can use variation of flours such as spelt, rye, wholemeal…

The darker loaf on the photo is mix of 225g of strong white four and 225g wholemeal spelt flour. Wholemeal bread is not going to rise the same as white so don’t be alarmed its not ready.

If you don’t want your loaf to be covered in flour you can also line the bowl with oiled cling film and leave it to rise there, then slide it in the hot pot.